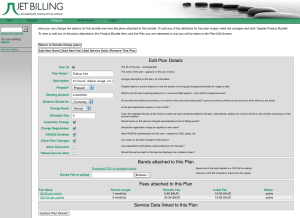 Figure 43: The  ‘Edit – Update Plan’ page.
The Edit – Update Plan page (Figure 43) displays the overall settings for the bundle you chose to look at, and also a list of the plans which this bundle contains.

Here you can edit these settings to change the nature of the bundle in some ways, and you can also configure how the plans are presented to users.

Note that some settings cannot be changed after the initial creation of the bundle (such as the ‘Prepaid?’ setting), and these will be shown in a ‘locked’ display, where the text is visible but is not editable. The View/Edit Plan interface (Figure 43) provides an interface which:

It may be better to think of this action as disassociating the current plan from the product bundle, especially if you consider that once a plan is no longer part of a bundle, no new users can be signed up to it. However, existing users who are still signed up to it will be billed as usual, until they are migrated to a new plan.

In spite of this, it is also true that detaching a plan from a bundle this way will permanently detach it from that bundle. If you decided you needed to attach the plan to the bundle again,  you would actually need to create another plan with identical settings from scratch. 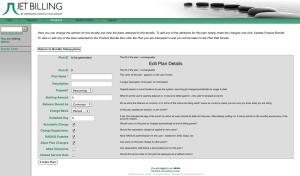